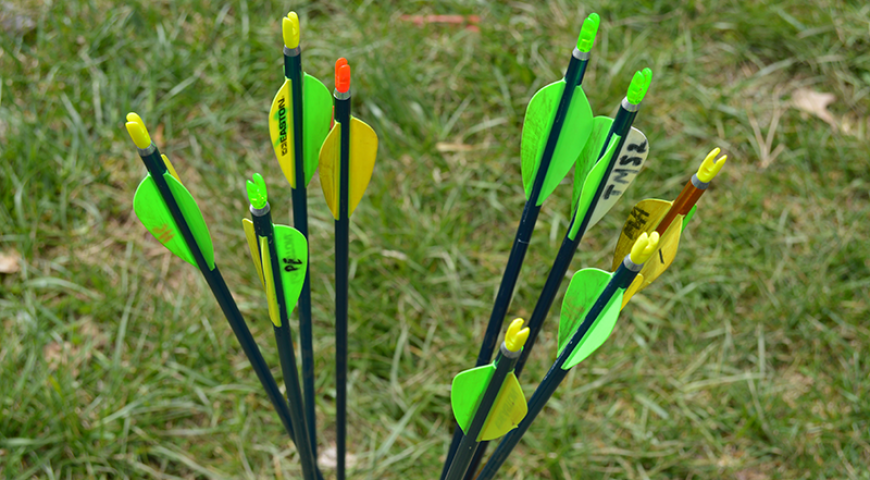 How Hunting Apps Let You Capitalize in Early Bow Season

Early bow season is probably not at the top of the list for most archery hunters. The weather is hot, bugs are still out and deer can be going through an uncooperative transition. The rut, rightly so, gets all the glitz and glam, but discounting early season deer hunting and banking it all on the rut is not a wise decision.

Winning early is only possible by putting in your time. Archery hunting success in the first week is only made possible by analyzing your data. By data, we mean all the information you have collected from scouting, your trail cameras and past hunts. This information is your biggest advantage in early bow season.

Hunting apps have been gaining popularity across all generations of bowhunters. While the rut is fast, exciting and intense, it is also highly random. One day you are fully engaged with buck after buck and the next not a deer in sight.

It is hard in those circumstances to effectively plan when much of what happens is difficult to predict. On the other hand, an early season deer hunt is much less random and success has a lot to do with developing and predicting patterns. Here, a hunting app and the data it stores and provides is a huge tactical advantage.

Where Hunting Apps Start to Make a Difference

One of the best early season bow hunting tips is to use a hunting app. If you are not familiar, most hunting apps provide mechanisms to record observations, track weather and document harvests.

This information may not seem like a difference-maker but as you add more and more data, you are able to start developing trends and patterns. Use it prior to early bow season for logging preseason scouting observations and trail camera data and you have a powerful tool. These data points allow you to recognize deer movement patterns and individual buck patterns. Key elements in stand placement and figuring out how to hunt bucks in early season.

For example, one bow hunting tactic almost no one employs the first week of archery season is early season deer calling. First, many think deer calling is only effective during the rut. Second, most hunters do not have the necessary information to implement the tactic. Using your hunting app to quantify an area specifically related to buck activity gives you the knowledge on which bucks may be more receptive to early season deer calling.

Additionally, you can leverage real-time data from your hunting apps. For example, current weather and predicted weather help to choose which stands to hunt on any giving day. Wind direction plays a factor in deer movement and in how you hunt them. ScentLok® early season hunting clothing provides an advantage, but the wind itself plays a role in deer movement. Documenting and referencing previous observations along with knowing the upcoming prevailing wind will lead to more early bow season success.

Predicting predictability may seem confusing, but there is some logic to it. Early season deer can be predictable. However, it can depend on exactly when you early bow season starts.

Deer will be in one of three stages. They will either be still in summer patterns, transitioning into fall patterns or fully engaged in fall routines. Each of these three stages has opportunities for predicting predictable deer movements.

Summer and fall patterns more so than the transitional phase benefit from data. You can begin to piece together movements and identify when those different phases begin and end. From memory, this is hard to do. Additionally, it is impossible to take advantage of in the woods.

One way how to hunt bucks in early season is to focus information on exact buck movements. As an example, bucks will continue predictable feeding patterns (i.e. same field, same time) generally into the first week or two of bow season. Being able to document these events through scouting observations and trail camera photos on your hunting app gives you the precise data to predict his predictability.

There is no magical sauce, let’s be honest. Hunting apps are just another tool for hunting. No different from your trail cameras or early deer season attractants. It has a purpose and overall helps to achieve your goal of harvesting a mature buck. However, unlike trail cameras, why are not more people exploiting the value of best hunting apps for early bow season?

Several reasons come to mind. First, hunting apps and the technology behind them is new to the market. Bowhunters are just starting to use them and understand their value. Second, a large majority of bowhunters discount the first few days of bow season. In fact, some do not even hunt the first week, which is when hunting apps provide one of the greatest advantages. Lastly, almost no early season deer hunting tips focus on using data. Here, however, are four ways hunting apps help you win early in bow season.

Early bow season is now for many hunters across the country. The year-long wait to get back into the hunting season is over. Preparation has been made all for a chance at harvesting a mature whitetail. Put your hunting app to work and use that valuable data to make strategic decisions and come out a winner long before many archery hunters even enter the woods.