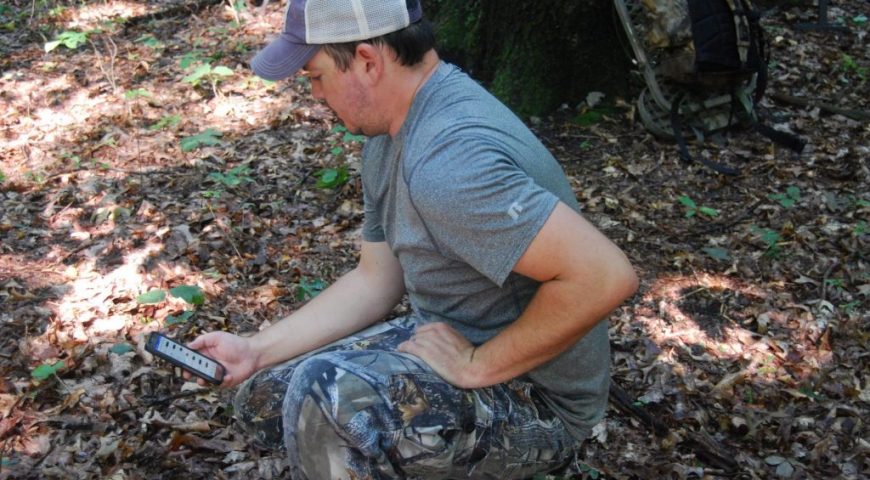 Hunting Apps and Reasons You Should Be Using Them

How to Get Started Using Hunting Apps

Apps drive most of the digital world we live in. These task-specific applications can be added almost unlimitedly and with little cost, all while being carried neatly on our smartphones. Each app accomplishes something different. There are ones for email, others for productivity and even more for entertainment. Up until recently, however, there were few hunting apps that actually helped you hunt smarter.

Over the last few years, the smartphone has become part of most hunter’s hunting gear. We use them to check the weather, communicate with other hunters and even as a clock when hunting. Not to mention, today’s smartphones have advanced cameras allowing for crisp, high-resolution photos of a successful hunt. Although our phones have seemingly endless features, there are few apps specifically designed for helping us hunt better.

The question of when to go deer hunting has typically been answered many ways. Some plan their hunts around specific times of the year (rut, rifle season, etc.) while for others it simply comes down to when they have time. Whichever camp you fall in, very few hunters are actually hunting the most optimal times when you are most likely to see deer. This is where deer hunting apps come in play. Hunting apps have evolved only because of expanded cell service coverage and from technologically advanced devices like those with all-day battery life and weather resistance. These and other smartphone advances make your phone much more viable in the woods. Only recently, however, have applications been developed specifically designed for hunting.

What is a Hunting App?

Since the explosion of apps and technology, hunting has been trying to catch up. Technology is often not associated with the sport for two reasons. First, people use hunting as a way to escape their day to day lives, which is filled with tech. Second, age is a factor. According to the 2011 National Survey of Fishing, Hunting and Wildlife-Associated Recreation (the most recent published data), those age 45-64 years old made up almost half of all those engaged in hunting. This demographic is typically less receptive to new technology. Those that do embrace deer hunting apps can find tremendous benefits and ultimately increased success afield.

Hunting apps vary from basic to advanced. Overall, most apps for hunting provide you with basic functions such as location information, weather and some variation of the best hunting days. Besides the best days to hunt, which we will come back to, these pieces of information are not extremely helpful or sophisticated. Hunters already knew the weather and where they are hunting at, but the best days to hunt can be valuable.

Advanced versions of deer hunting apps include all of the basics but with more advanced location and mapping technologies that allow hunters to mark and save locations. Some advanced hunting apps can also provide landowner parcel information, categorize GPS points and measure distance all within your phone. Additionally, these advanced apps have areas where you can add notes for later reference. Even the best hunting apps, however, lack the ability to easily capture hunter data and provide automated analysis to predict the best hunting days like TrophyTracks is developing.

Why Use an App When Hunting?

Deer hunting apps aggregate relevant hunting information like weather and imagery into one place. But other than that convenience, why would you need to use a hunting app? There are three reasons why, if you are not already using an app for hunting, you should be.

How Deer Hunting Apps Make You a Better Hunter

An app for hunting can be called any number of things including a hunt predictor app or a hunting GPS app. Basically, they all provide you the information in one place to help plan and manage your hunts. Today, hunting is traditionally considered luck with some art and a little science. Hunting apps, however, are shifting the luck and art to more science when it comes to being a successful hunter.

The science is improving to the point where you can start to increase your chances of seeing deer by knowing from the app when to go deer hunting. This allows you to strategically plan days in the woods to maximize your chances on seeing deer with the little time you have available to hunt. The hunting journal aspect of an app like the one TrophyTracks is developing is the new way hunters will record and reference hunting days. These notes are critical to review before each season to recall what worked and what did not. With this information, you can better prepare for a new deer season. Without your notes, you will be left making the same mistakes and taking the wrong days off again this deer season.

Hunting, dare we say it, is changing. Maybe the better term is evolving. Regardless of how you describe it, hunters have more technology available to them to help them hunt more efficiently. To conclude, it still takes a dedicated person with a touch of luck to harvest a mature buck year in and year out. Hunting apps, however, allow you to more easily track your hunts, decide when to go deer hunting and become a smarter hunter.