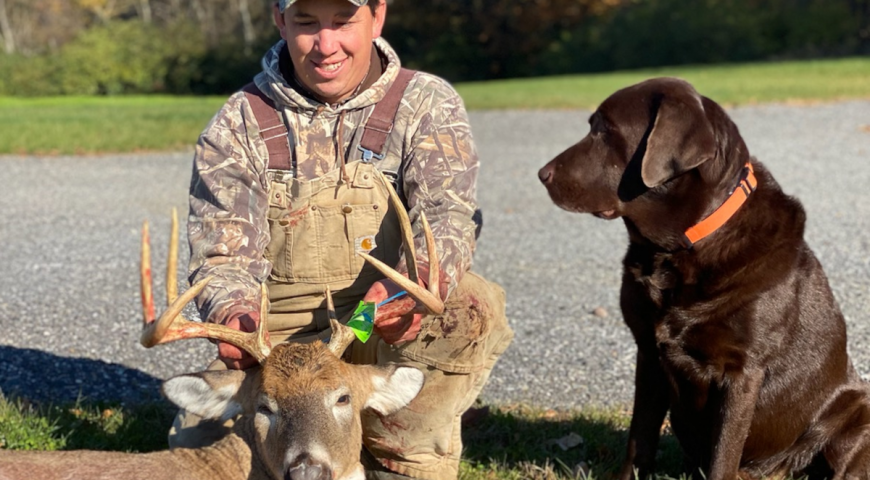 How to Kill a Mature Buck in Rifle Season

Rifle season for deer is often the last few weeks to notch your tag. The rut is concluding in many of the northern states while bitter cold starts to set in. Late season deer hunting is all that remains for those with an unfulfilled buck tag. Not all is lost, however, as many mature bucks still roam public and private lands during gun season.

If you are lucky enough to harvest a mature buck in gun season, often it is not by chance. Many times, those that get the opportunity have done the work to be successful. Of course, there is always a “luck” factor. But utilizing these 7 tips for killing late season bucks will put you in a better position each day you hunt in rifle season for deer.

7 Tactics to Kill a Mature Buck in Rifle Season

These 7 tactics are not necessarily deer hunting secrets but rather concepts that produce results. Let’s dig deeper into each one so you can outsmart a mature buck this deer hunting season with a rifle.

What does hunt the “T” times mean? It simply refers to hunting midday. The “T” times are those hours of 10am, 12pm, and 2pm. Most rifle hunters focus their attention to mornings and evenings when deer hunting in gun season. Great times, no doubt. However, mature bucks will often roam midday particularly on cold and bad weather days. The other factor that makes midday hunting for deer productive is all the hunters coming and going from the woods. Hunters moving out late morning and back in for the afternoon will force bucks up and get them moving around their primary areas.

Weather plays a major role any time during deer hunting season. The best way to track weather is to have an accurate and reliable hunting app. The best hunting apps for deer provide precise weather conditions and forecasts that allow you to monitor changing wind conditions, temperatures, and frontal patterns. As an example, you wouldn’t want to hunt a stand where the prevailing winds are blowing scent towards a prime bedding location. Similarly, and approaching cold front may make stands closer to food sources more likely to draw out a mature buck during shooting hours.

Late season post rut bucks are trying to recoup lost energy from rutting over the last month. They will spend their movements around food sources and not much else. This makes getting a shot at a big buck during rifle season more challenging. The crowds of deer hunters now in the woods are a benefit because of this post rut behavior. More hunters will pressure lock down bucks to move where they otherwise would not. Find dense thicket or hard to access travel corridor adjacent to heavily hunted areas to ambush a pushed buck.

Use Your Hunting Journal Notes

A hunting journal such as the one TrophyTracks offers through its hunting app gives you insights into historical observations and analytics to predict the best stand locations during rifle season. Mature bucks tend to have a defined home range and observations from other hunts earlier in the year provides a good idea where you should focus your time deer hunting during gun season.

Gun season is another one of those transitional periods for big bucks. The peak rut is ending, and bucks are moving into post rut patterns. These are almost always a focus on late season food sources. Identify bedding locations near food sources such as oak flats, agricultural fields, and/or food plots. Post rut bucks will expend what little energy they have left to move to these food sources to bulk back up before winter. Planning stand locations around this idea is one of the best post rut deer hunting tactics to harvest a trophy whitetail.

Spending the entire day in stand during rifle deer season is not always the best use of your time. One trick to killing late season bucks is to bring back one of the many old school deer hunting tips, still hunting. Still hunting, or spot and stalk, gives you the opportunity to cover lots of ground. If you may be unfamiliar with the technique, Petersen’s Hunting has a great article on How to Still-hunt Bucks worth reading. Use this tactic to outsmart a mature buck during the “T” times discussed above. Still hunt large ridge benches, draws and creek bottoms to sneak up on a buck feeding.

The opening day of deer season is exciting. Many look forward to that first morning in the cold woods with rifle in hand. However, do not get discouraged if that mature buck doesn’t show himself the first day of gun season. Use the whole season. Days after the opener give you plenty of chances with reduced hunting pressure as others tag out on smaller bucks or simply give up. The later it gets, the more trophy whitetails remain, and their patterns become more predictable giving you a better shot at harvesting one.

Gun season is usually the last season you can harvest a deer in most states. Because of this, many hunters have already harvested a buck or the deer have become pressure sensitive and are mostly nocturnal. Late season deer hunting for mature bucks requires you to implement many of the tactics outlined above. However, there are a few other steps you can take to improve your chances of killing a late season buck.

Two important tips for the opening day of deer season are to start using a mobile hunting app and have all your hunting gear prepared well. First, hunting apps are relatively new but extremely valuable. Many of these apps give you the ability to log observations, track weather, and use digital mapping to find and mark hunting locations. All tools that make you more successful in the woods. The other tip, which is certainly not a deer hunting secret, is to be prepared. Have your gun sighted in, your stands hung, gear ready, and a plan for gun season. The better prepared you are the easier it will be to focus on hunting.

In order to outsmart a mature buck during the late season you have change tactics. These rifle season tips outlined above will give you that advantage needed over all the other gun hunters taking to the woods over the next few weeks.